He will retire from professional tennis after the Laver Cup next week.

New Delhi: Legendary tennis player Roger Federer has announced his retirement from tennis. After this his fans have become sad and his post has become viral on social media. His fans are shocked and disappointed by this sudden decision. Respecting his decision, Indian pacer Jasprit Bumrah wrote, “One of the greatest athletes to grace the game. It is an honor to watch you play, who is a sporting icon across the world. Thank you, Roger.” Bumrah has expressed his feelings while reposting his video message.

Let us tell you that Roger Federer told through a social media post that he will retire from professional tennis after the Laver Cup next week. He said that this will be my last ATP event. Federer has won 20 Grand Slam titles and is considered one of the greatest players in the world. He is at number three among those who have won the most Grand Slam titles. Federer has thanked his fans and players through a video message. After this, the fans are expressing their gratitude by sharing pictures and videos on social media. 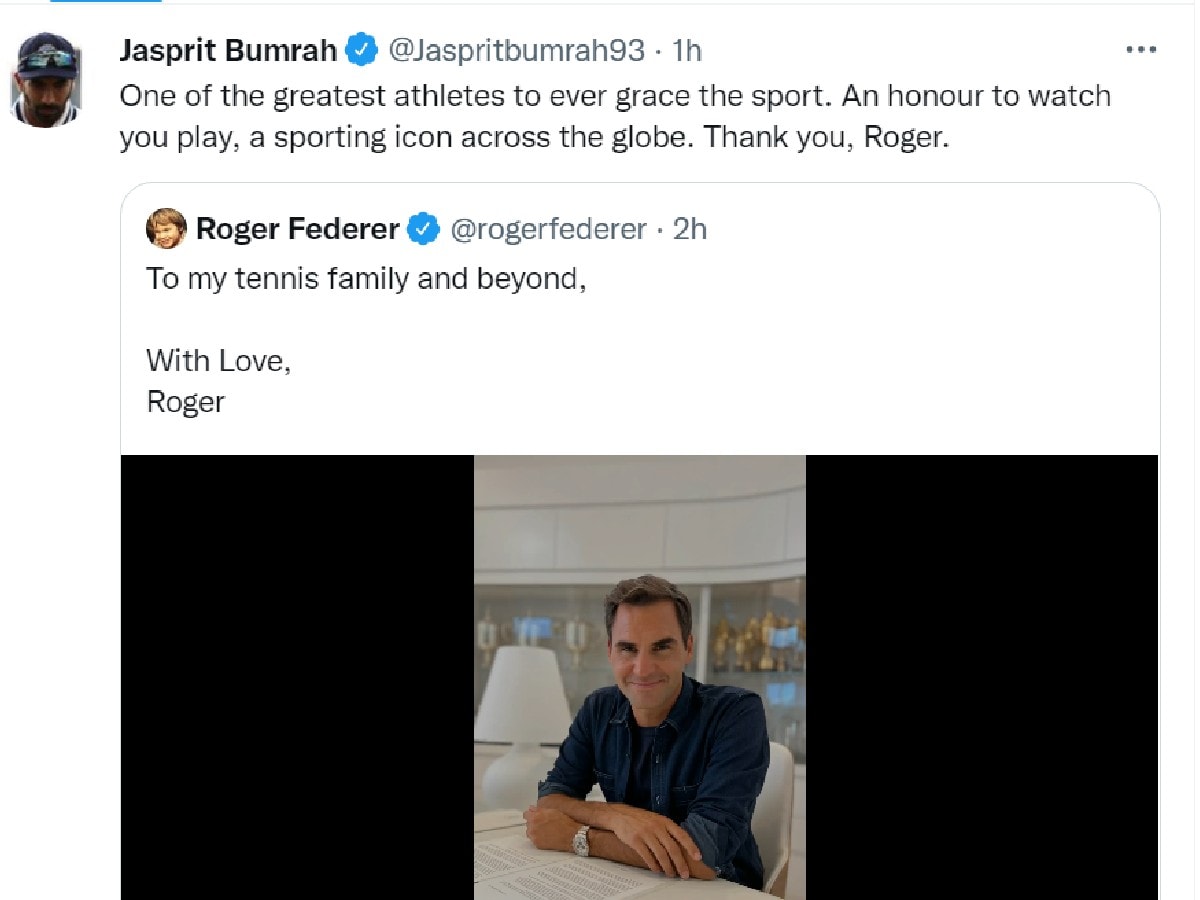 Indian pacer Jasprit Bumrah has described him as one of the greatest athletes.

Indian tennis player Somdevvarman wrote, “If there was an iron throne for tennis, Roger would sit on it forever.”